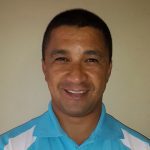 South African policymakers are increasingly looking to our groundwater resources to strengthen and even alleviate pressure on existing surface water and supply infrastructure. This is considering the role that they play in helping provide water security. Regan Rose, an executive associate of JG Afrika and revered geo-hydrologist, shares his insights.

There are many solid case studies of the successful use of these important reserves in the country.
They also reflect the expertise of government bodies in not only executing these projects, but in maintaining and operating groundwater infrastructure.

Outstanding examples include those projects driven by the Department of Water and Sanitation.
The department invested heavily into state-of-the-art groundwater infrastructure and has transferred essential knowledge, as well as resources to municipalities to ensure their sustainability. Most of them have been operating for more than 20 years.

They feature cutting-edge technologies, such as telemetry – a growing trend in the groundwater industry – that allows for remote operation and trouble-shooting of the infrastructure.
Many custodians of the country’s water resources have also adopted a very pro-active stance in driving these projects.

For example, we have been helping a municipality in the Western Cape develop groundwater resources at sports complexes since 2012. This is long before the impacts of the drought were fully felt in the province.

However, I am concerned that a growing shortage of technical capability in public sector departments threatens to undo the tremendous work already achieved in the field.
The consequences of limited technical capacity are becoming increasingly evident in the early stages when projects are first awarded to companies.

Often, the onerous requirements of groundwater projects are being discounted, and being awarded to the lowest bidders that do not have the necessary skills or capacities.

There are many examples of projects that were awarded to service providers who were unable to realistically fulfil their obligations in the first place. These companies depleted their resources long before their contracts were completed.

This is to the detriment of the entire industry, including those companies that abide by strict and accepted norms and standards, as well as rates that they are allowed to charge for their professional services.

I believe that the larger issue needs to be addressed within the groundwater fraternity at the Groundwater Association of KwaZulu-Natal meetings. It can also be introduced to other provinces to ensure widespread success of groundwater projects.

The shortage of technical skills is also evident in limited water monitoring practices at some municipal groundwater operations.

Groundwater still remains an extremely under-utilised resource in South Africa. This is despite the immense potential role it is able to play in future water planning in the country.
It has taken time for trusted experts in the field, such as JG Afrika, to change decision-makers’ negative perceptions of this resource.

This is considering the failure of many of these projects that were not undertaken on a scientific and technical basis.

It is therefore essential that all stakeholders work closely to ensure the success of these projects, and to continue bringing this hidden resource to the fore.